In the Castles and Cathedrals of Enya.

Listen to the Enya interview above, or download it from iTunes.

Iconic Irish singer, Enya talks about her new album, Dark Sky Island. It’s her first album of all-new material in 7 years. Enya was the 6th child in the Ní Bhraonáin clan of County Donegal which also spawned her sister, singer Moya Brennan and the band Clannad. 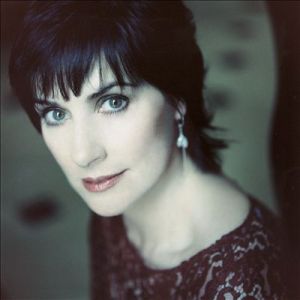 She played with Clannad briefly before going solo, and came to renown in 1989 with her second album, Watermark which featured the hit single ”Orinocco Flow.” Notoriously reclusive, living in a castle outside of Dublin, Enya, along with producer Nicky Ryan, talk about the evolution of Enya’s multilayered vocal approach, her fondness for synthesizers over symphony orchestras for her music, and the echo in her castle. Read a review of Enya’s Dark Sky Island, the Echoes CD of the Month for December.