Hear an interview with Olivier Libaux tonight on the Echoes Podcast 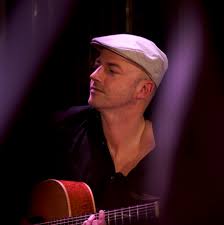 On why this isn’t a Nouvelle Vague record:

Actually my partner (Marc Collin) was not into it, so I made it by myself.  I was the rock-n-roll fan in Nouvelle Vague.  If Nouvelle Vague was covering The Undertones, the Sisters of Mercy, the Dead Kennedys, XTC, things like that, that was because of me because I grew up with these bands.  I believe he’s not a great fan of Queens of the Stone Age.

You can hear Olivier Libaux’s interview in the Echoes Podcast.
John Diliberto (((echoes)))