Some people live for sound. Jack Miller was one of them.  He’s one of those names for people who read the small print on records. He was an engineer who had worked with Duane Eddy, Henry Mancini, The Rolling Stones, The Limelighters and The Monkees. But that’s not how we knew Jack. We knew him as the sound of Canyon Records, the home of R. Carlos Nakai and hundreds of Native American and a few non-native artists. He took the recording of Native music out of the Alan Lomax/Folkways records era and into the world of Hi-Fidelity. Tribal groups like The Black Lodge Ensemble, Northern Cree, Robert Tree Cody, Joanne Shenandoah and more had their music brought to life with late 20th and early 21st century technology and ears.

He’s best known for his work on countless recordings by Native flutist, R. Carlos Nakai. Whether recording Nakai with an orchestra or in a canyon, Jack brought the Native flute giant’s ancient sound to modern ears, breathing life into a world and history of Native American music and culture. 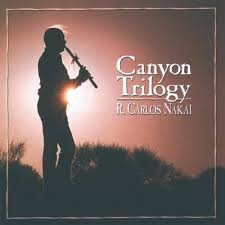 I had the opportunity to meet Jack a couple of times when we recorded Echoes Living Room Concerts at Canyon Records Studios. Of course, I would love to have a living room like his, a state-of-the-art facility with great sounding rooms. Jack recorded R. Carlos Nakai, the William Eaton Ensemble and Burning Sky for us, giving generously of his talent, knowledge and most importantly, ears.

For all his abilities, he was a humble man. I remember he recorded an album by R. Carlos Nakai called Red Wind in 1998. It’s a great album, and as we went to play it, we heard something wrong. It was in mono. I called Canyon and asked them if it was supposed to be this way. Uh, no! Somewhere in the mastering process Jack had probably checked the phase of the album by putting his mixing board into mono and neglected to put it back to stereo, so the master went out in mono. Jack took it as a late-life lesson and when we came to his studio for the first time, R. Carlos Nakai’s Red Wind was mounted on the wall above the recording console to remind him of his mistake.

I have not been able to find a birth date for Jack, but he was in the vicinity of 82 when he died on Thursday, May 12. Cause of death has not been revealed at the time, but he had been ill. Our sympathies go out to Jack’s family and his extended family at Canyon Records.

Jack Miller had a big influence on the sound of Echoes, and not just because we played a lot of the music he produced for Canyon Records.  As John mentioned above, we had the pleasure of visiting Jack in his studio, and having him record some live performances as Echoes Living Room Concerts. Over the course of a long day watching Jack, and listening to his stories, I learned more about music recording than I had in several years previous, and I’ve applied those lessons in the subsequent live sessions that I’ve engineered for Echoes.  He made some unconventional mic choices, and most memorably, mic placements, on the way to getting a detailed, natural sound. He also turned me on to some amazingly affordable, yet high-quality microphones.

I was even more impressed by an aspect of his engineering that we don’t hear on the radio: he made several amazing surround-sound recordings that place the listener right in the middle of the music, with instruments on all sides. This is a dramatic contrast to most surround mixes that more closely replicate the experience of  listening to a band on a stage from a conventional audience perspective. Surround-sound music has still not reached mass-market appeal, but if it ever does become the norm, I hope engineers will listen to Jack’s mixes and follow his lead.

He was very generous in sharing his knowledge, always ready to explain the logic behind a particular mixing-board configuration or mic placement decision. During a break, he played me some amazingly vivid big-band recordings he’d made decades earlier, direct to three-track tape. When I mentioned that my grandfather would love that recording, he immediately rolled-out a copy for me to give to him, while explaining how he managed to get such a great sound with only three microphones.

I thanked him at the time, but I’m not sure he could have known what a large influence he had on me: he dramatically shifted my thinking about recording, and tangibly improved my skills. Echoes listeners get to hear the results of that in most of the live performances that we air, and I often mention things I learned from Jack when I train other audio engineers.  So, thanks again, Jack, of course for the great music your produced, but also for being so generous in sharing your knowledge.